New C3 AIRCROSS strikes an original stance in this segment, with the muscular lines of its bonnet, which is both short and high. It conveys an impression of robust strength, with a light signature that attracts the eye at both front and rear. At the same time, it is non-aggressive, with its horizontal balance and generous contours.

At the rear, the strong shoulders of the C3 AIRCROSS underline its width and strength of character. The 3D-effect rear lights bear a familiar resemblance with New C3 and C-Aircross concept car.

AIRBUMP®: A DESIGN WHICH BOUNCES BACK

The Airbump® panels (air-filled bumps with a scratch-proof surface, as seen on C4 Cactus) are a Citroën signature feature, offering personality and style, as well as protecting the vehicle.

Each panel positions a line of air-filled bumps at the bottom of the doors to protect the most vulnerable areas of the car in the urban environment. The Airbump® panels also have a white or red graphic motif, depending on the roof colour.

All-New Citroën C3 AIRCROSS SUV stands apart in the world of SUVs with its fresh, powerful and original attitude.

Styling is robust and protective, with a high bonnet underlined by chrome-finish chevrons incorporating an LED light signature.

As shown by the C-Aircross concept, the concept of a polycarbonate with a colored layer in the center, creating a strong graphic contrast on each rear pillar.

You adopt an original, high driving position on this SUV board.

For full modularity, as an option, the front passenger seat can be folded to increase the load length to 2.4 meters. 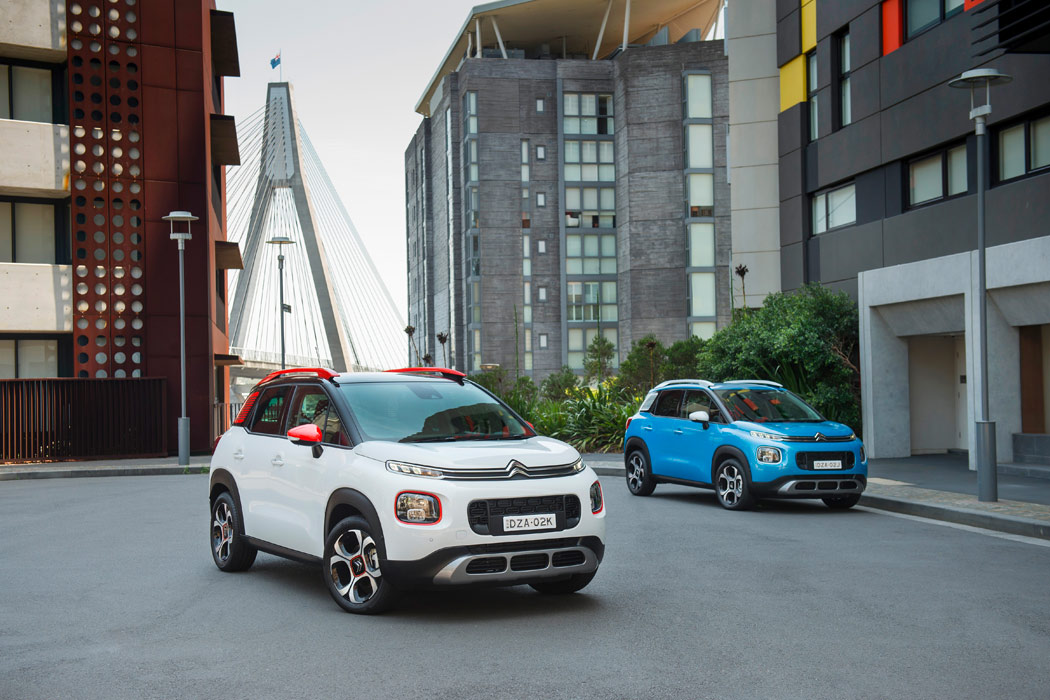 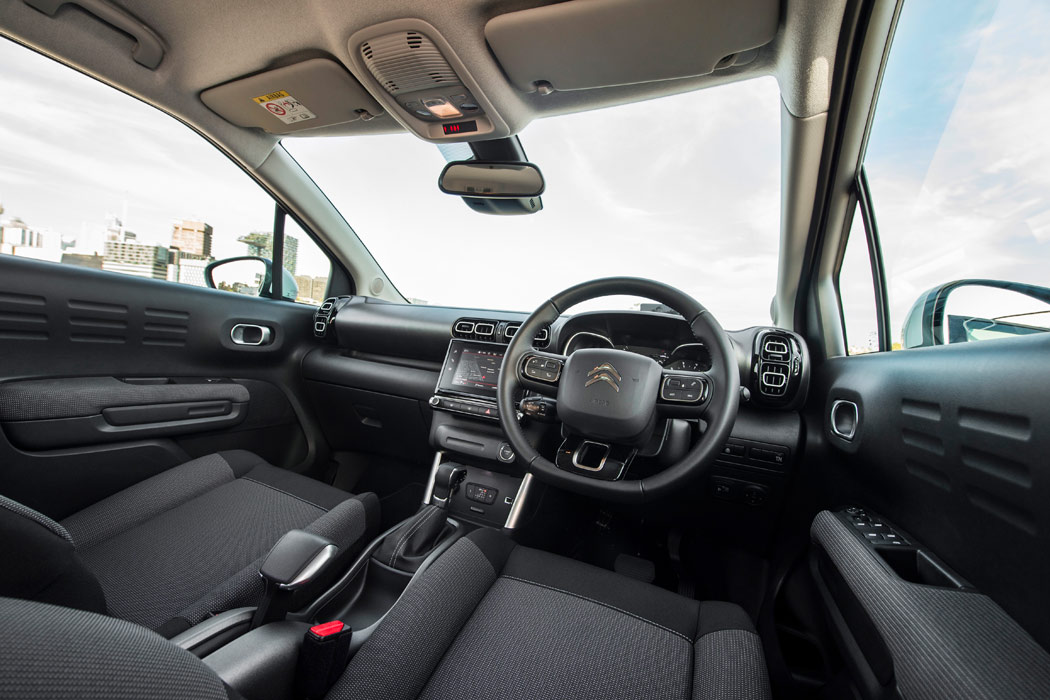 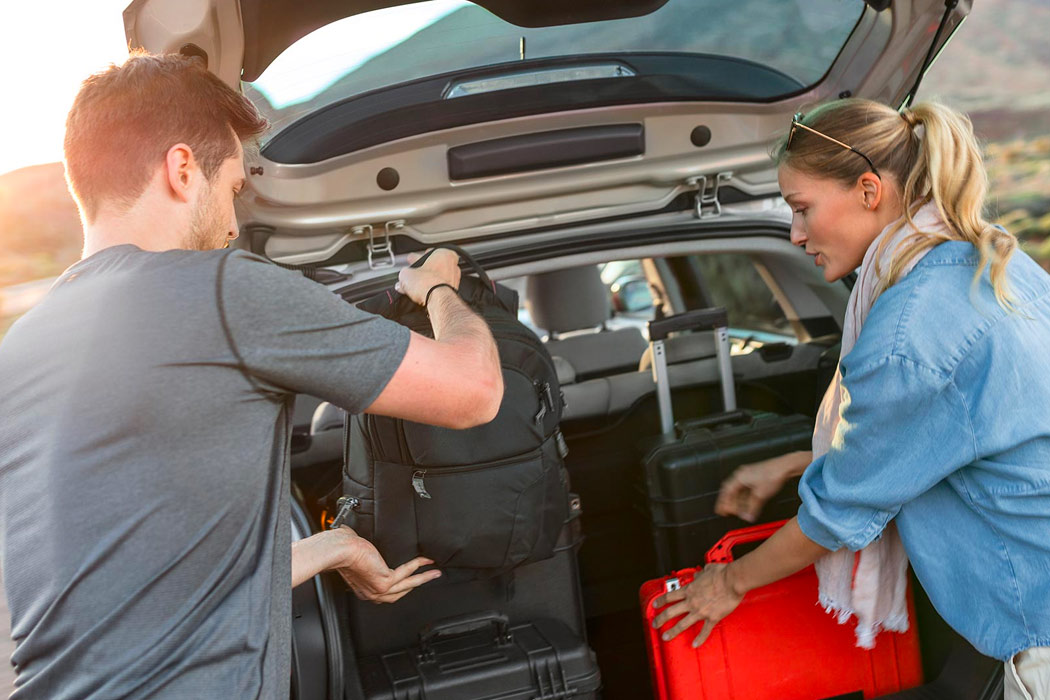 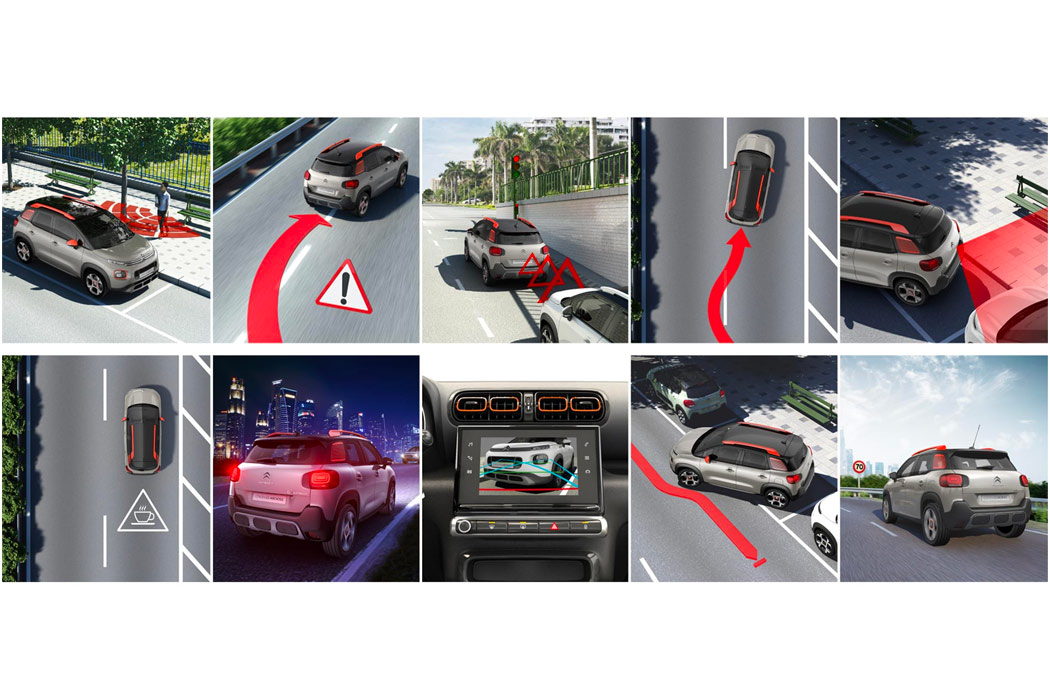 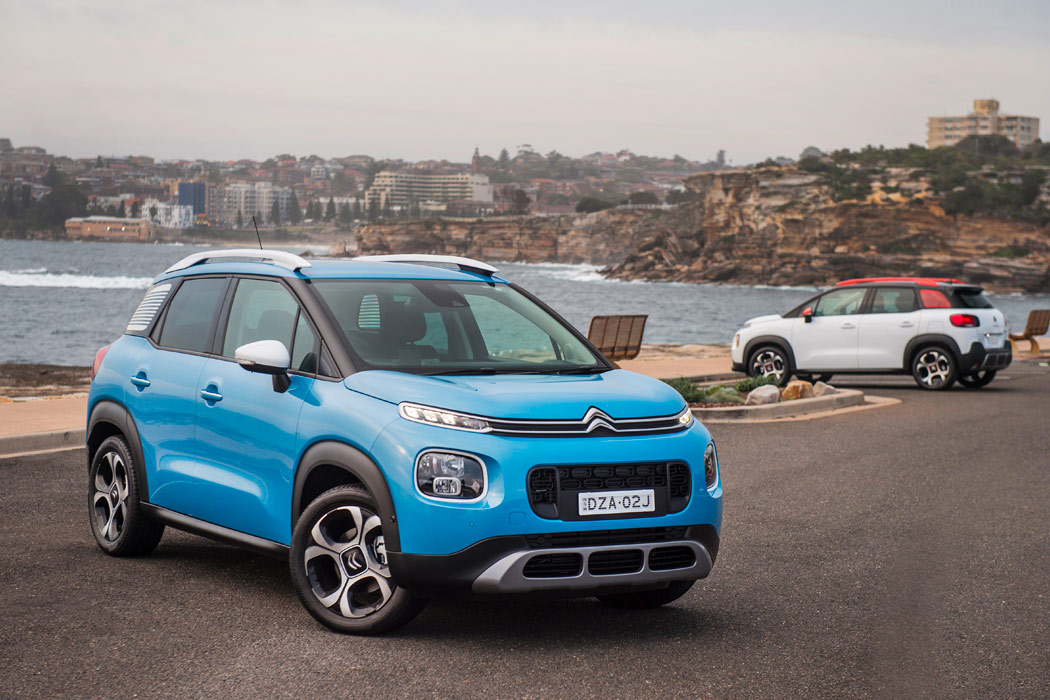 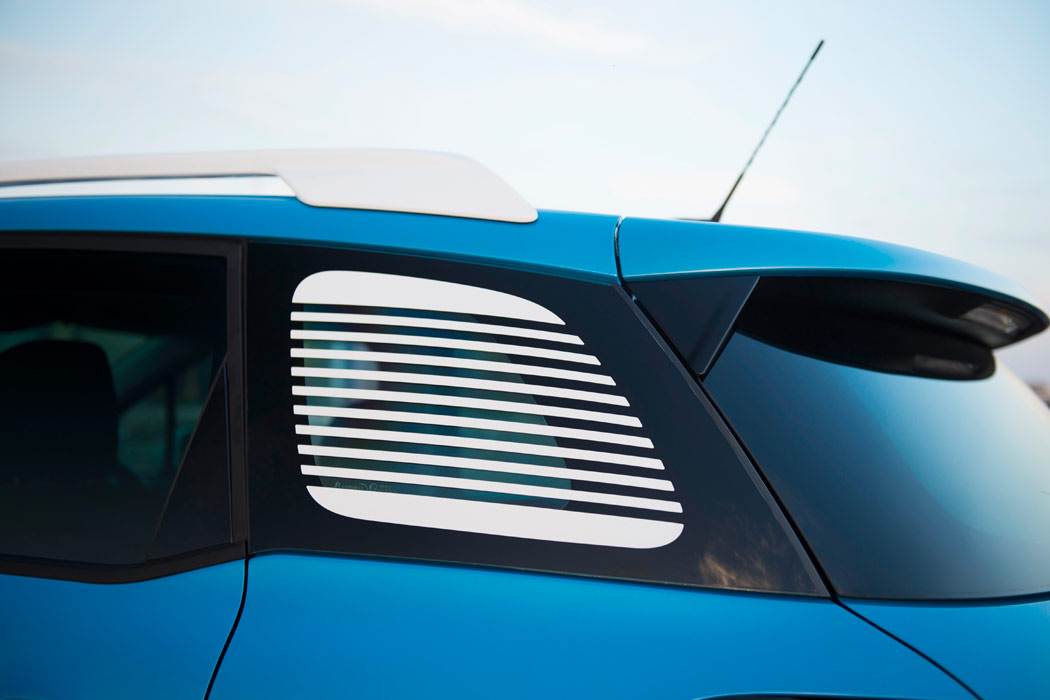 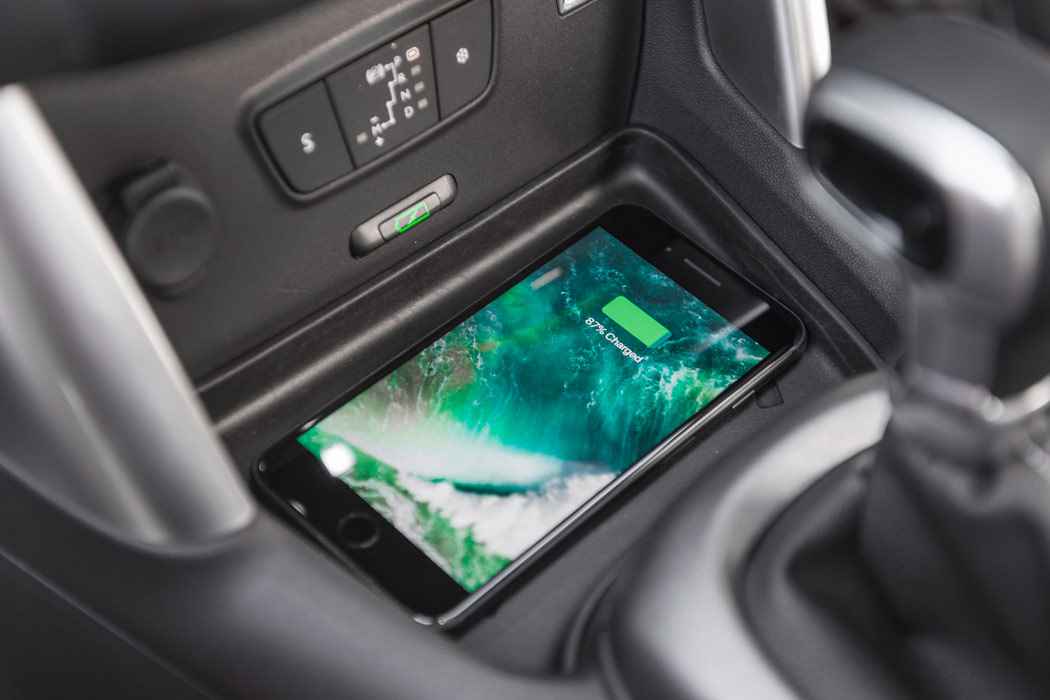 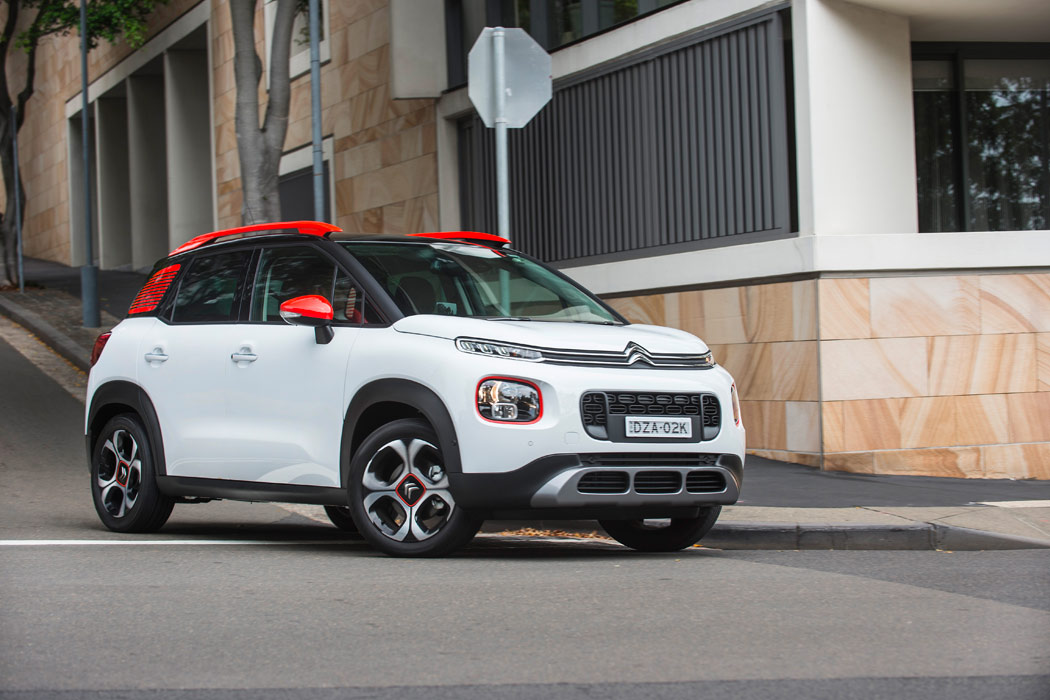 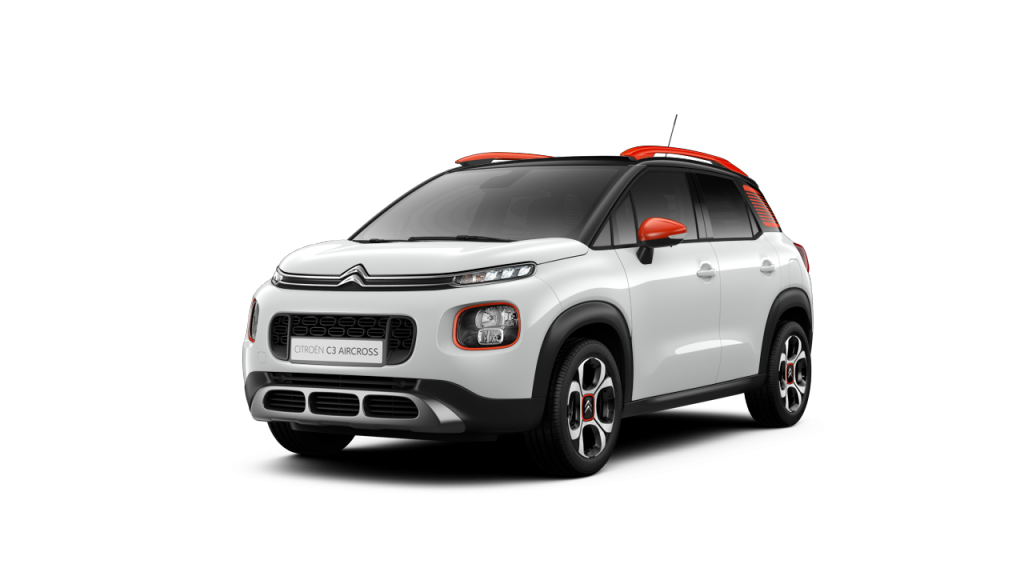 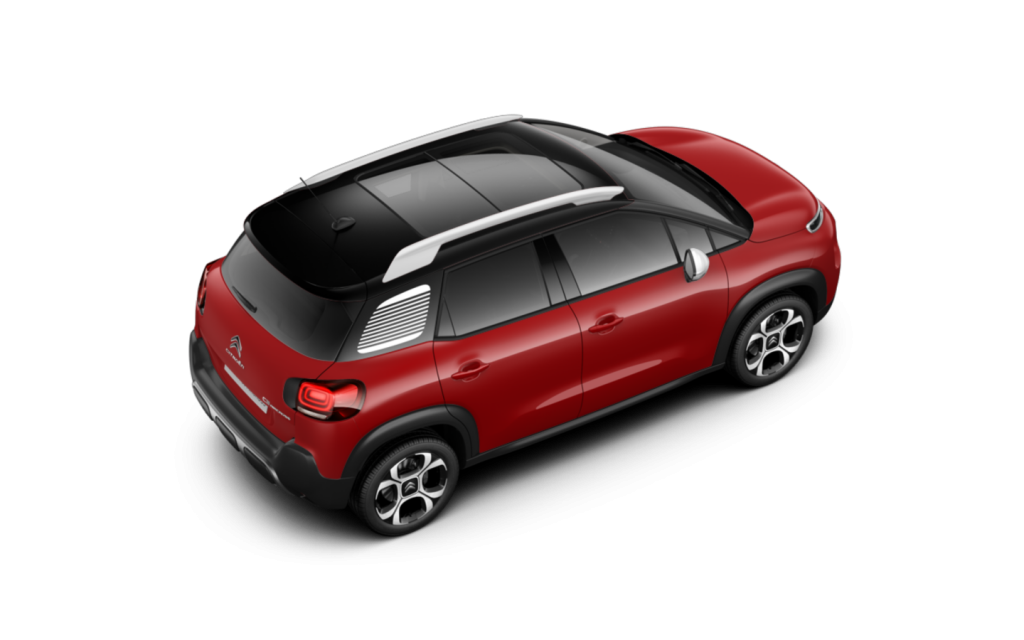 In addition to Shine specification: